12 of Chile’s Most Popular Cultural Dishes 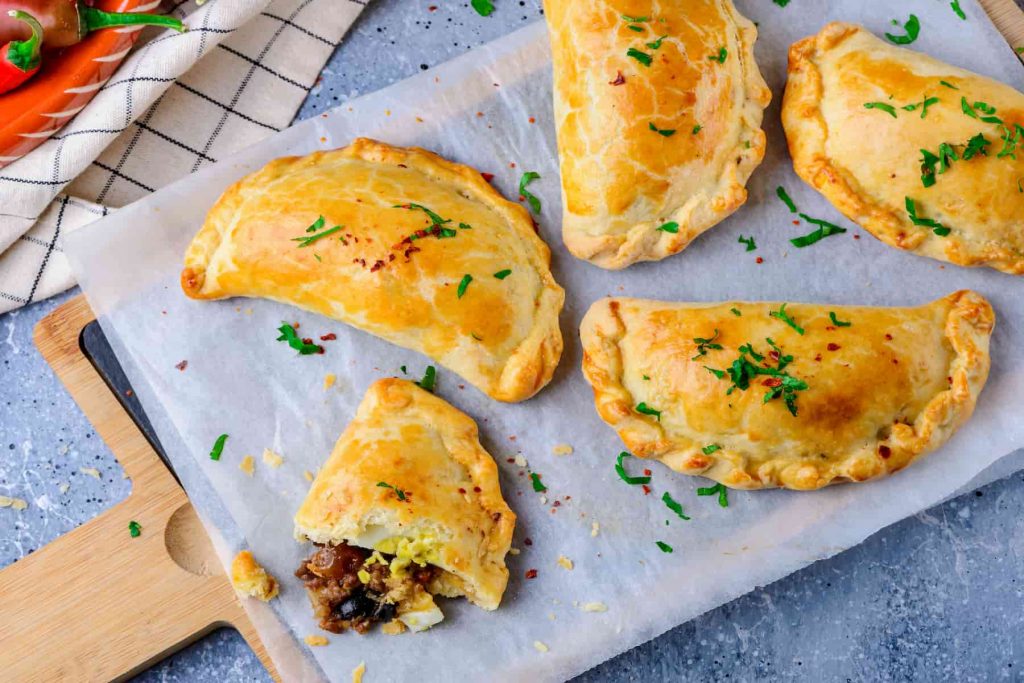 This mouthwatering dish is a Chilean household favourite originating in South America. The earliest recipe was found in an Argentinean cookbook in the 1890’s.

The dish is a beef corn casserole, the body of the casserole is a Chilean Wonderland filled with different vegetables and meats; from beef and onions, raisins and olives to roasted chicken. The whole dish comes together with a blanket of creamed corn. The corn pudding topping is caramelised in the oven resulting in a delicious salty/sweet combination of pastry goodness that resembles a Shepard’s pie.

It is believed these half-moon delights originated in Spain, Galicia where the Empanadas Festival is part of the Galicia culture. Empanadas are dated back to the 1500’s.

This is a pastry can be filled with various foods such as seafood, vegetables, meats or fruits. Empanadas are served as a snack or appetizer accompanied by a dipping sauce of choice to give it extra flavour.

This Chilean dish is the ultimate comfort food for natives, and hopefully for you!

Origins date back to the indigenous Mapuche soup known as “corri”, originally made with potatoes, pumpkins, corn or cornmeal, green beans, red peppers, quinoa, chili, wild herbs, and meats ranging from wild game to chicken. The Spanish conquerors arriving in Chile in the mid-1500’s coined these soups creations.

This is a traditional quintessential Chilean stew consisting of meat (typically chicken and beef) with an assortment of vegetables ranging from carrots, onions, garlic, oregano, thyme, and parsley. It is often accompanied by cooked rice (in the stock) and in the summer time with a piece of sweetcorn cooked apart or in the stock.

Also referred to as a Chilean barbecue. Until the middle of the 1800s South American (including Buenos Aires) soils were fertile attracting wild cattle. The people of Rio de la Plata, especially the Gauchos (a cowboy of South American pampas) grew a love for beef, particularly ‘asado’ which is roasted beef. Using a slow-burning fire on a skewered metal structure called an ‘asador’ these Gauchos would roast their beef.

Surrounded by warmth and laughter, this meal is the centre of Chilean social gatherings and it is a tradition during fiestas patrias (Chilean Independence Day) and summer periods. The fire is made using wood rather than gas.

At a Chilean barbeque you would typically eat skewers consisting of shish kabobs including beef pieces intermixed with sausages, vegetables or other cooked meats; sausages, namely chorizo (spicy pork sausages) and choripan (chorizo inside marraqueta bread); chicken and steak. Local prefer to have their meat medium to well-done. These main meat dishes are accompanied by a quaint Chilean salad (a tomato and onion dish) and bread.

Reineta is a typical Chilean fish, it is the second most popular fish enjoyed by natives. It originates from the South of Chile. While popular, this fish is also affordable. This fish is ideal for grilling, Corvina is a white fleshed aquatic delight similar to that of the redfish and Channel Bass of the Gulf of Mexico. It is price similar to salmon and congorio. This is a favourite fish for ceviche (a South American dish of marinaded raw fish and seafood), baked or grilled on a metal plate. Origins extend along the South American pacific coastline from Chile to Panama and also in the Galapagos.

Congrio is the most traditional of Chilean fish and medium priced, this fish has been the subject of literary works by Pablo Neruda, a Chilean poet-diplomat and politician. Congrio encompasses a fantastic taste with firm white meat, it is fantastic in stews, soups, baked or fried. It can be filleted, but more often it is cut into thick steaks.

The locos resembles a donkey’s foot or hoof! A locos can be with a healthy vegetable side comprising of mixed salad, mayonnaise and Chilean salsa verde. A modest two sea snails can be served as a first course, and 4-6 can fill up a main course. They can also be served as Empanadas de loco. These snails are not only delicious, they are filled with a suitable number of proteins and carbohydrates for a well-rounded meal.

This a crab pie or casserole style dish with cheese. It has its origins from the capital, Santiago de Chile. It is traditional of Chilean dishes.

Chupe “stew” de Centolla is a crab dish, the King Crabs used are native to coast of Peru, Argentine and Chile. Centolla is similar to a Crab Imperial which is baked in a heavy cheese sauce. You can also enjoy this meal in a simplistic way by ordering a pile of juicy King Crabs on their own.

A Peruvian alcoholic cocktail is a favourite among natives, it is a typical cuisine of Chile and Peru. This cocktail was created by a bartender named Victor Vaughen Morris. An American who moved to Peru in 1904 to work in a railway company. After relocating to Lima, he opened a saloon – Morris’ Bar and the famous drink was born.

A famous street food for the natives. This is the concept of a ‘loaded hotdog’. It is a basic hotdog on a bun topped with delicious assortments of toppings, ranging from diced tomatoes, mashed avocado and a fair drizzle of mayonnaise. Restauranteur Eduardo Bahamondes Munoz was inspired by American hotdog and assumed a unique creation of the hotdog for the locals of Chile to enjoy.

This is an appetizing Chilean condiment consisting of coriander, chopped onions, olive oil, garlic and ground or pureed spicy aji pepper and it may also contain chopped tomatoes. The origins of Pebre dates back to the arrival of Catalan engineers (18 th century). The Catalan workers prepared this sauce. They were at work constructing the tajamares de Santiago, the fluvial channels, river walls and bridges for Rio Mapocho (Mapocho River). Pebre refers to a sauce made of vinegar, peppers, saffron, cloves and other spices.

This dish is a fresh bean stew, it is a traditional summer dish. It is usually made when ingredients are fresh and in season. The main ingredients are beans, mashed corn, onions, pumpkin, garlic, tomatoes and basil.

This is a countryside stew. It originates from the Mapuche indigenous people of Chile who first cultivated beans. This is a vegetarian meal.

This is meat served with skewers, slicing meat onto the client’s plate. Churrasco is the Portuguese and Hispanic name for beef, hence this is beef meat. It is a prominent feature in cuisines of Brazil and its South American neighbouring countries. It originates in the South of Brazil- the indigenous community inhabiting the coast of South, Central and North America. They would originally roast the meat outside on a stone fire assisted by a grill made of green wood.

This is a Chilean sandwich made with thinly sliced churrasco (beef) styled steak or lomito (steak-styled) pork on a round roll with tomatoes, green beans and chilli peppers. This meal is considered by the famous TIME magazine as one of the ‘13 Most Amazing Sandwiches the World has to offer’.

The meal has its origins in Chilean, it was concocted by Juan Hurtado, the first person to have the idea of preparing this sandwich and selling it as a food cart. The first Chacarero was not very popular due to the ingredient of green beans which was not very popular among the Chilean locals as an unfavourable after-taste of the green bean lingered. It was then removed, and the sandwich become a hit.

This is a crispy fried pastry and a quick spread served in many regions with Spanish heritage. It is traditionally made from leavened wheat dough. It is referred to as ‘sweeten fried dough’. It can be served salty or sweet (mostly served sweet in Chile). The pastry is accompanied by shortening or butter. In Chile is has been eaten since 1726. This dish is thought to have originated in Albuquerque, New Mexico.

A delectable dish native to Chile, served almost always for lunch. It is also referred to as bife a lo pobre.

Specifically, in Chile, the dish is served with fried onions, rices and fried plantains.

This Chilean dish consists of a plate variation including French fries topped with sliced meats, sausages and other ingredients; most commonly scrambled eggs and fried onions. The origin of this dish is unknown, but it is considered one of the most traditional dishes in the Chilean city of Valparaiso. Due to its large size it is a dish to share, and a common feast among university students.